The fourth-generation 2021 Kia Sorento will be arriving at dealerships in Canada this fall and those who go see it will find a fully transformed model. The company’s most popular vehicle gets a transformation that can be described as major for 2021.

Yesterday’s presentation gives us the general picture of what’s new with the next Sorento. We’ll have the opportunity to come back to you with more details, but most importantly, our impressions of driving it once we get behind the wheel.

New platform and engines
The 2021 Sorento is based on the new N3 platform, which is lighter and more rigid than the previous one. The new platform has a 35-mm wheelbase, which translate into a more spacious interior (14 mm for the second row and 93 mm for the third row). Total weight is reduced by 3.1%, while the torsional rigidity of the structure increases by 4% compared to the outgoing third-generation model. 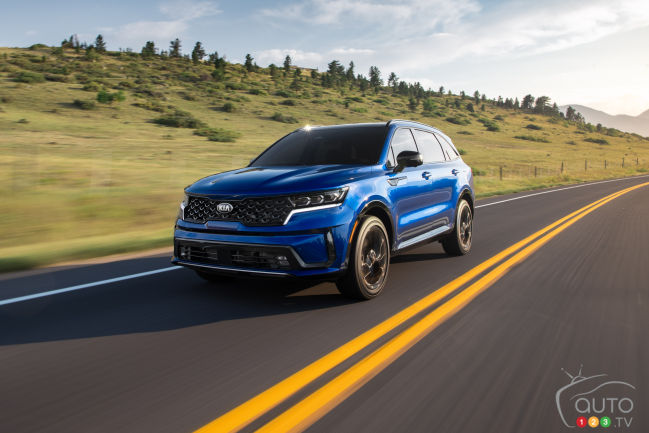 The new Sorento product offering also includes two new engines. First, a 2.5L 4-cylinder engine replaces the 2.4L block that has served the SUV for some time. The new unit delivers 191 hp and 182 lb-ft of torque, with Kia promising an average fuel consumption of 9.7L/100 km. The automaker points out that represents a 4.9 percent improvement over the previous model’s 10.2L/100 km rating.

Then, a 2.5L turbocharged 4-cylinder engine with 281 hp and 311 lb-ft of torque comes standard on four of the model’s six variants. It also offers improved fuel economy, with an estimated average rating of 9.9L/100 km. That’s 10.5 percent better than the 3.3L V6 engine found in the 2020 model lineup.

Where we’re losing something is in terms of towing capacity. The new Sorento peaks at 3,500 lb. When asked about that, Kia answers that the Sorento’s capacity meets the majority of buyers’ needs, and that now that the company has the big-capacity Telluride in its lineup, it could afford to take a “step back” with the Sorento.

Ultimately, the customers will decide if that’s a problem for them, but there’s no denying Kia has removed one selling point when it comes to the new Sorento. 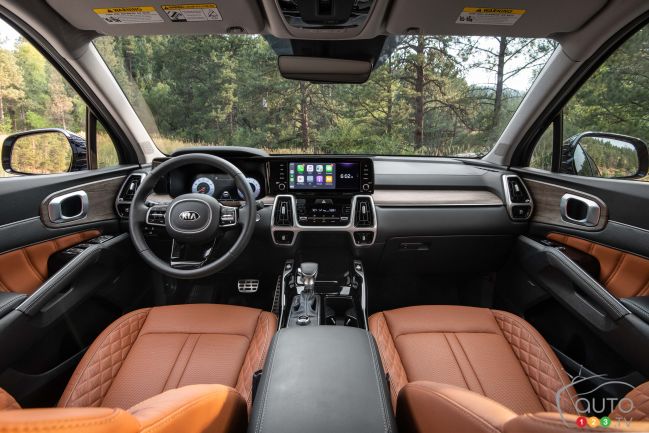 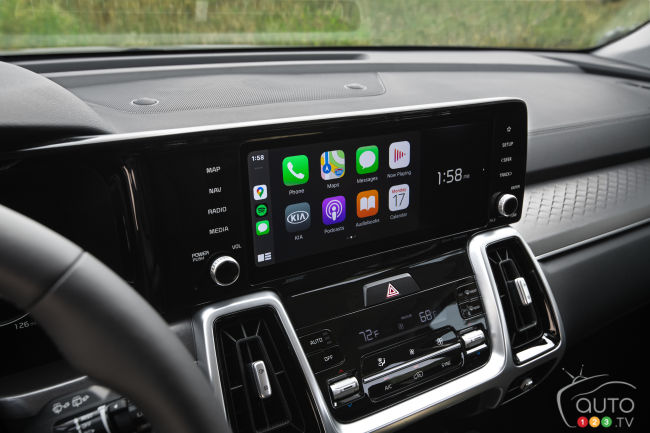 Conclusion
As mentioned, the Sorento is a very important model within the Kia range, so it’s not surprising to see the automaker give it so much attention.

At the same time, it’s expected to cede its spot as the brand’s top seller to the new Seltos in 2021.

For the rest, we’ll be back with a full review once we’ve had a chance to get behind the wheel. 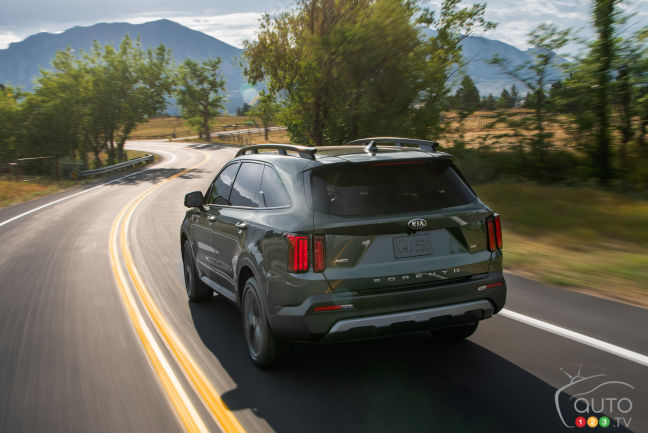 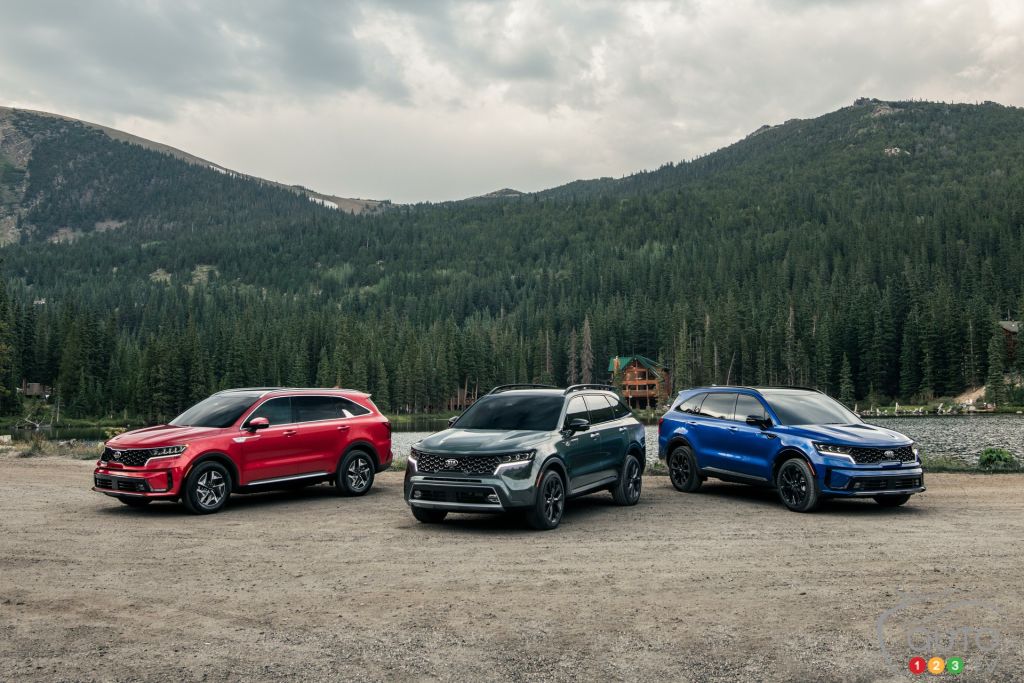